A Bit Of History

It was in 1993 that John Howard, Alex Smith and Brian Dunham felt the call of the pipes and dreamed that Paeroa, a small rural town of 4000 people could organise a Pipe Bands contest. Over the years, what started as a small Pipe Bands contest has grown and developed into a fully fledged Highland Games complete with an evening Tattoo.

Held on the second Saturday in February each year, Paeroa is the only New Zealand town which regularly holds a Games with a Tattoo.

An average of 13 Highland Pipes Bands from the Auckland and Central North Island centres attend and compete in sets, medleys and a street march during the afternoon, and the massed bands displays during the evening Tattoo.

Over the years Solo Piping, Highland Dancing, Wood chopping, Heavyweight Athletes and Clan activities have been added to the day’s programme which starts at 9am and concludes at 9pm.

This community event continues to grow each year and is a major undertaking by a small team of dedicated supporters who believe in putting something back into the community in which they live. 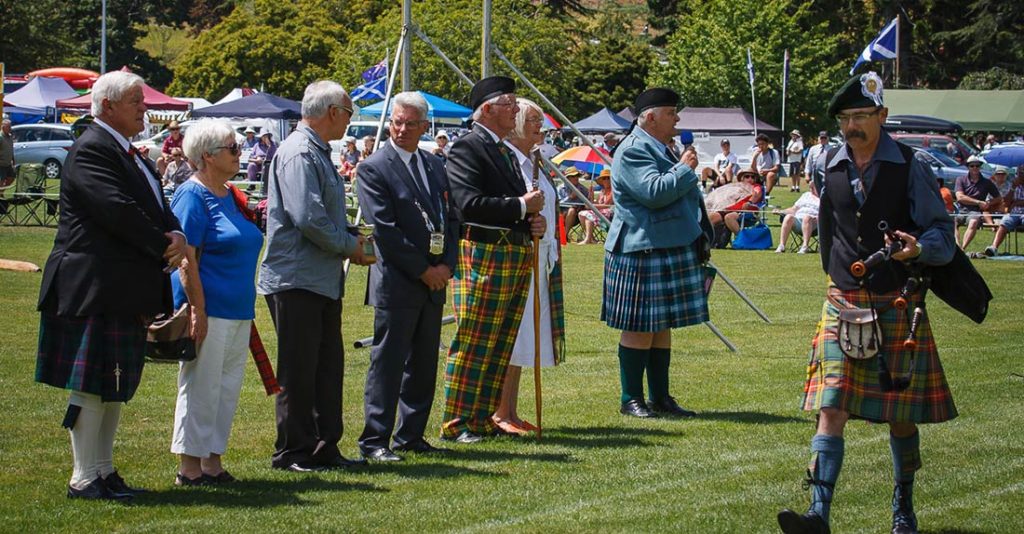 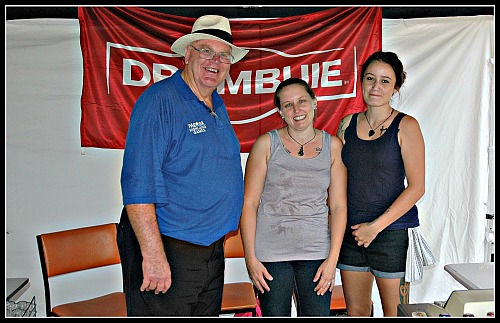 A special tribute to Russell Player who passed away suddenly on 22 June 2016. Russell was a dynamic contributor to the success of the Paeroa Highland Games & Tattoo. This photo captures his cheerful, sociable nature while giving service to the community at our 2016 Highland Games.